It’s Laurel & Lexington here! Usually Charlene writes a funny, snarky, poignant blog post for the Oscar’s ever-anticipated Red Carpet, but this year, her working/traveling/jet-setting self is allowing her friends & daughter to guest-write her post. She may live to regret it, like Kristen Wiig is regretting her dress choice, but hey – life is all about taking risks! Just ask Maya Rudolph, if you can find her under that smock.

Let’s break this down into 4 categories.

Charlene here: Laurel & Lexi – 1,000 thank yous for taking over my blog and writing this post. Sitting at the airport now (work is so inconvenient to my snarky hobbies!) and will add my commentary (if needed). From what I’ve seen so far, I might be out of a (non) job with Laurel & Lexi’s spot-on fashion eye.

The classic black gown, the stunning white couture, a handsome tux. Who needs color when you can rock black & white like this?

We don’t have to fear pink – it’s feminine and free and fabulous. From blush to bubblegum, pink is the new black. These goddesses look so beautiful – their accessories alone are enough to include them!

If I weren’t sitting on my couch waiting for my Persian food to be delivered while watching this fancy night out, I might not be wearing jammy pants and Isotoner slippers. But am I. However, these gorgeous people are just lovely.

That’s a HARD NO

It’s a challenge to put our beloved into this category, but fear not – it’s necessary. They need to think about what they’ve done!

And that’s it, folks. This year’s Oscars prove that fashion isn’t for everyone, but those who get it, really get it right! Oh…wait…one more for Charlene! xoxo

Laurel and Lexi – once again, thank you so much! You did a fabulous job. Next year I will try my best to not be working. But if I am, I know my red carpet post will be in good hands.

My friend Julie told me recently that a friend of hers heard from someone in their book club that Frosted Cowboy was going to be made into a movie and the rights sold for a million dollars. Yes, you heard that right – my book being made into a movie for $1,000,000! (Look at all those zeros!)

Only… it was news to me.

How do rumors like this get started? Although please, if you happen to be good friends with a big time Hollywood producer and think that by telling them my book was offered one million dollars for rights to the screenplay and it might intrigue them so much that they offer me $1,100,000 and start a bidding war (against no one), then by all means feel free to spread this rumor. But otherwise, nope, (sadly) 100% not true.

But what if it was?

Like most authors (probably), I’ve always pictured my book as a movie. In fact there is so much dialog in my book I’ve often said that it would probably make a better movie than it does a book. (Plus, there’s some serious hilarious physical comedy in there – if I do say so myself.)

But who would play Laney, Tom, Jake, Angel and Natalie?

When I first started writing Frosted Cowboy I pictured Sandra Bullock as Laney. At 36 Sandra Bullock was just four years older than Laney (who is 32).

The problem is life kept getting in the way and it took me a wee bit longer to write the book than I first imagined and while Laney remained 32, Sandra did not have that luxury, so she became too old. (Don’t feel bad Sandy, it happened to me too.)

As time went on I began to picture Drew Barrymore as Laney Delaney, because, like Laney (and Sandra Bullock), she is super adorable.

In fact, I had originally pictured Cameron Diaz as Natalie, so what if the Charlie’s Angels ladies reunited and Drew Barrymore played Laney, Cameron Diaz played Natalie and Lucy Liu played Kim? I am a casting genius!

Can’t picture it? Then how about this…

But the same thing that happened to poor Sandra Bullock happened to these lovely ladies. They continued to age, while Laney did not.

I also pictured Tom being played by Tom Cruise. At the time he was about 10 years older than Laney’s Tom, but he looked like this so who cares.

And also, he had not yet done this:

But now, like the ladies, he is too old. (And also, just crazy.)

Jake was originally Brad Pitt in my head.

And of course, Angel would be played by Angelina Jolie. (Who else?)

But that was the original cast of Frosted Cowboy. Should we meet the 2016 cast?

I love Anne Hathaway. She’s got the lips, is super funny and even looks great with red hair.

A few people have told me they see Zooey Dechenel in the lead role. I have to admit she fits the adorable/funny/awesome requirement that is Laney Delaney.

In the book Tom looks like Chris Pine, and I do find him super dreamy,

but lately I’ve been picturing him as more of a Liam Hemsworth.

And okay, okay, maybe my boyfriend Bradley Cooper is too old to play Jake. Maybe we could get Liam’s brother Chris to join the cast.

Of course the Hemsworth brothers, being brothers and all, perhaps do look too much alike to believably play two men who are un-related. But look at them:

Does it really matter?!

I think Margot Robbie would make a spectacular Natalie.

And for the impossibly beautiful, sexy siren Angel? How about Megan Fox?

Of course there are so many other characters to cast (in fact I’ve been told more than once, too many) -Kim, Amanda, Alison, Kyle, Abbie & George- but I’m running out of time (and quite possibly your attention), so I’ll stop now.

But I’d love to know, who would you cast in the movie version of Frosted Cowboy? (And if you haven’t read it yet, what are you waiting for? Buy it here. Now!) 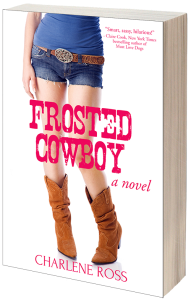 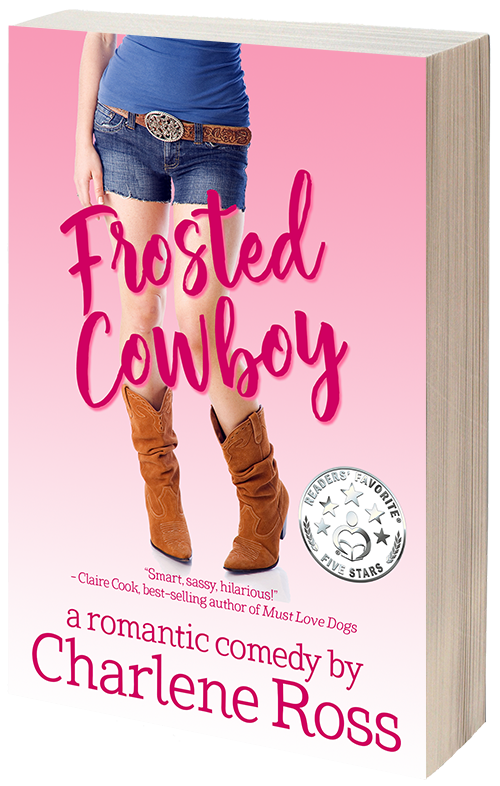