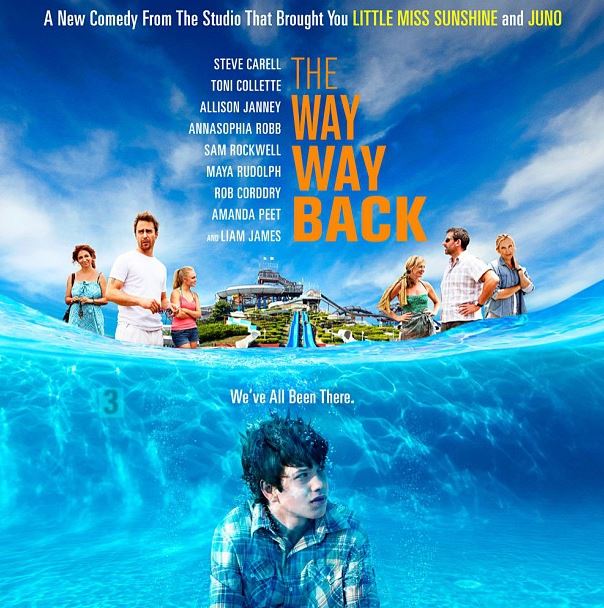 Wednesday afternoon my friend Kim texted me asking if I wanted to go to a movie at 7:30. She was invited to a screening of The Way Way Back and had a plus one. It was around 4:00. I was running errands and knew I’d be home by 5:00, I had nothing planned and figured I’d have enough time to make dinner and make myself look semi-presentable, so I said sure. She told me she’d pick me up at 6:45.

At 6:15 I realized I was the worst end-of-school-year mom in the world (well maybe second worst) because I actually did have plans that night. Marley and I were supposed to bake a cake for her language arts class the next day. They were having a heritage party and everyone was supposed to bring a cultural food item. And since we are as Anglo and uninteresting as it gets culturally, Marley chose the coffee cake we have every year at Christmas.

“Listen,” I said to Marley. “I totally spaced about the cake. I can’t cancel on Kim now, she’ll be here in half an hour. I’ll make it in the morning okay. I promise.”

She gave me that look. You know, that total look of disappointment that kids give you when you know you’ve screwed up and damn it to hell they know it too. “I’m afraid you’re going to forget, Mom.”

“I won’t forget, Marley. I swear to you. I get up at five o’clock every morning and go on my computer and I’ll tape a huge note there to remind myself. I will not disappoint you, Marley. I promise.”

“I’ll make the cake with her,” Dave said.

“Really?” I asked. “You don’t mind?” I don’t know what’s worse – the fact that I forgot about the cake or the fact that it never occurred to me to ask Dave if he could bake it with her. (No wonder my cousin calls me a control freak!)

“No, we can do it. Just put what I need on the counter. What, is it a mix or something?”

Sigh… no, our heritage recipe from Marleys’ great-great-great German grandfather is not a mix. And it has a cinnamon swirl in the middle.

“No, it’s from scratch, but Marley’s made it with me a bunch of times. She can probably do it herself. You’ll just need to supervise.”

At 6:45 I walked out the door leaving my family with the mess of dinner to clean up and a cake to bake.

I was happy to be having a grown-up evening and share in Kim’s blogger perk of seeing a free movie. (Kim is a waaaay better connected blogger than me.)

The movie was really fantastic. The Way Way Back is a coming of age movie with an amazing cast. I love ALL of them – Steve Carell, Toni Collette (I really looooove her), Allison Janney (I really looooove her too!), Sam Rockwell, Maya Rudolf, Amanda Peet, Rob Corddry, AnnaSophia Robb and a kid named Liam James in the starring role. All I can say about this movie is WOW! It’s in theaters July 5th. Do yourself a favor and go see it. (And don’t forget your Kleenex.) It’s funny and sad and heartbreaking and poignant and just… wonderful.

When we got out of the movie I turned my phone back on and saw that I had a missed call from home and a text from Dave that said, Please call home. Uh oh. What went wrong? Did Marley burn herself? Was there some vital instruction missing from the recipe? What kind of disaster ensued because I was the worst mom ever and went out to see a movie with my friend instead of staying home to bake a cake with Marley like I promised?

It turns out, this kind…

Marley didn’t let the cake cool down enough and when she tried to get it out of the bundt pan it fell to pieces. Dave asked if they should start a new one or if I wanted to make another one in the morning. Since I didn’t want to be up until eleven o’clock at night baking a cake I told him I’d do it in the morning.

When I got home the house smelled like Christmas and Dave, Chandler and Marley were devouring the broken cake. I might or might not have had a bite or ten myself. Never in the history of class projects has a child (and her family) been so happy to see the project be a complete and total failure.

The next morning we had coffee cake for breakfast. And Marley took this to school…

Because I’m the best mom in the world. (Obviously.)

6 thoughts on “The Way Way Back and the Cake Disaster”